This week I had the honour of attending the NZ Ockham Book awards. The awards promote excellence in and provide recognition for, the best books published annually in New Zealand. We are a country rich in literary talent and I hope you will buy one of these books and support New Zealand literature.

The audience erupted in applause when Fiona Kidman, was announced as the winner of the 2019 Acorn Foundation Fiction Prize, the richest prize in New Zealand literature $53,000, for This Mortal Boy, she had tough competition from the  extraordinary Vincent O’Sullivan, Lloyd Jones and Kate Duignan.

Next week I will be reviewing my personally signed copy of ‘This Mortal Boy’ my congratulations to Dame Fiona Kidman.

Beyond the Sea – Paul Lynch 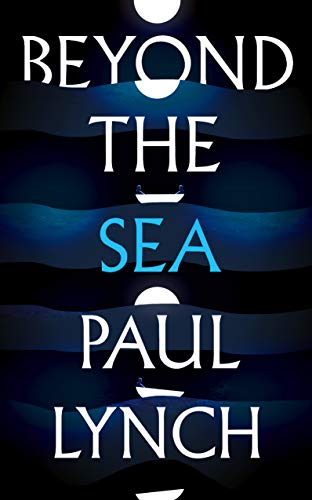 This review is based on an advance copy of Beyond the Sea provided with thanks from the author Paul Lynch , Netgalley and Oneworld publications.

Sometimes a book stands out and arrives at the moment that you need it. When I began reading Beyond the Sea I was immediately transported into the world of Bolivar, a Fisherman and his panga boat Camille. Hector joins the South American fisherman and together they face the challenge of survival. But it isn’t only about survival it is an exploration of what it means to be human. It is choices and consequences, thoughts and actions, reality and the hallucinations we create to make meaning.

Paul Lynch weaves words in a way that mesmerises and I was in awe of the way each sentence held its place in this richly woven epic sea adventure. Its simplicity and brevity rich in detail, with writing that captures the movement of the sea. Starting first in the small village where we explore the ordinary world of Bolivar, the fishing village, rich with vivd imagery. Getting to know Bolivar a simple fisherman was like meeting a new friend, with wisdom that resonated and thoughts that caused me to reflect on life, its meaning and its meaning for Bolivar. Hector added a new dimension and their interchange and exploration was both pleasant and haunting. Then the sea and the way it came to life swallowing everything in its path, and its challenges even in stillness.

“How an hour becomes a life.”

Beyond the Sea is one of those special stories that sit with you long after you put the book down.

5 Stars for Beyond the Sea, Paul Lynch

This review is based on an advance copy of The Light Keeper provided with thanks from the author, Netgalley and Marylebone House. This novel is strong on deeply emotional triggers around infertility, abuse, rape, suicide, death and depression.

The Light Keeper is a story with many interlinking threads all based around a lighthouse and its Keeper teetering on the edge of a bold and dramatic landscape that provide the setting for the many stories in this book. The stories weave around the lives of those lost and broken some of whom come to end their lives at Beachy Head. We meet Jack whose wife Sarah has gone missing and we meet a cast of characters in his search for her including the lighthouse keeper.

In the copy I received there were a range of formatting and copy issues which made it difficult for me to fully immerse myself in the story. This definitely affected my initial impressions and also detracted from the flow of the book.

The premise of the story is good and there was some prose that I enjoyed very much. At times the characters did not feel fully developed and their actions and reactions were at odds with the impression’s I built over time getting to know them. There were moments I wanted more details to really take me into the current lives, and there were times that unnecessary and repetitive reflections and backstory detracted from the pace of the novel.

There were opportunities to develop and fine tune the Guardians so they didn’t seem so disjointed from the story, and without giving any spoilers there was scope to heighten tension and create a sense of urgency around the reason why there were so many suicides. The mystery surrounding them conflicted with the search for Sarah and was confusing.

Overall I liked the premise of the book and aspects of it were strong, however the plot at times did not feel connected and some chapters felt like short stories within the setting and not part of the overall plot.

If you enjoy darker fiction and you have the frame of mind to explore daring subject matter then this thought provoking novel may be worth reading.

3 Stars for The Light Keeper by Cole Moreton

I went to see the ‘The Bookshop’ preview this week with thanks to the Time Out Bookstore at the Rialto Cinema in Newmarket.

Florence Green is played well by Emily Mortimer moving to a quaint old English town with the dream of turning an old house into a bookshop. The English town full of all the stereotypes of village life in the fifties, some scenes were a bit cliche, particularly the gossip with town folk and reactions to Florence’s new business in a closed conservative class concious community.

Florence has an uphill battle with Mrs Gamart who wants to turn the old house into an Arts Centre. Florence was played superbly by Patricia Clarkson and perfected the art of upperclass control in a way that made my blood curdle. She will stop at nothing to take control of the old house.

Florence receives a strange request to send books to an old recluse Mr Brundish who she has seen walking the marshes. Mr Brundish comes alive with the awkward acting of Bill Nighy. The references to Ray Bradbury and Mr Brundish’s love of his novels were humorous and gave some light relief to the story. Watching their friendship develop is enjoyable and we are all hoping for a happy ending between the two.

Without giving to much away about the film there were aspects that were enjoyable and if you are interested in books there will be some fond reminiscing as familiar titles are drawn into the plot. The film plays on human complexities and confused relationships made even more convoluted by the culture of the community.  After a light start, the challenges become more grim and even darker still moving to the ending.

It was an honour to present at the Elephant HR Inspiration Day in Auckland on the 25th October on the value of Storytelling for HR. Who tells stories, how they tell them, what they say and what the impact is!

Building your own narratives can have a lasting effect on your businesses bottom line and reinforce your values and mission. 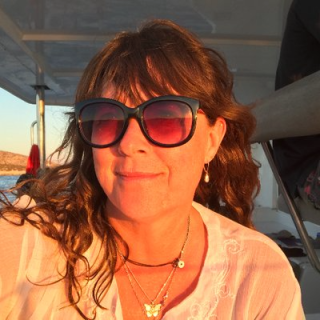